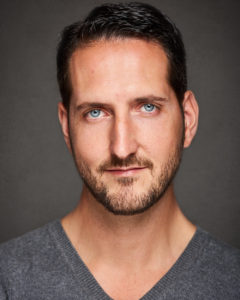 I am a professional stage, TV, film, commercials/corporate, voiceover and events actor, registered with Equity. See more on my voiceovers work below or here.

In 2013, I set up A Bunch of Actors with which I produced, directed, stage managed and acted in my self-penned ‘comic odyssey into the obscure’ A Still Life for Brighton Fringe 2014 to five-star reviews and commercial success.

I am developing a programme of comedic, adaptive and revue productions, and am in talks to tour several shows (including A Still Life). See more on A Bunch of Actors and A Still Life here.

Or listen to my new commercials and documentaries voicereels here.

I have also recently invested in a full home/portable VO studio and accepted representation by London agency Chatterbox Voices. 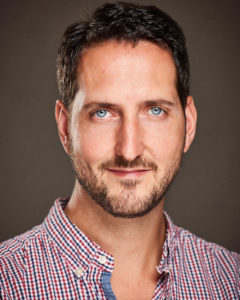 I consider myself a good all-rounder – able to sing, act, move well and explore a text intelligently. I am charismatic, energetic and flexible in my approach, with a strong dramatic presence as well as excellent comic timing and instincts.

I have a strong baritone singing voice with good falsetto, which is suited to musicals, swing and pop styles. I am also a versatile and experienced rhythm guitarist.

View me on Spotlight, Casting Call Pro, StarNow,  Castlink and IMDB, or visit my portfolio to view some recent headshots. Or see my full credits, read some reviews and view my online files.

I am available for voice and audio recording, with a warm, calming, relatively authoritative speaking voice with neutral south east accent. I have a full home/portable VO studio, and can record and edit to the highest professional standard in a range of formats.

I have a number of voicereels for you to listen to, which can be found below or on my Voice Artist page.

I have complied a full list of my credits, including my work as an actor, live events host/compere, director and producer, and other backstage duties. See them here.

I have included, where possible, full reviews of my various stage appearances, which you can see here.

I have been involved in several shows which have garnered awards. Read more here.

Where possible, I have uploaded video files of film, TV and theatre work I have completed, as well as a headshot preview film and current showreel. View them here.

As well as being a professional actor, I have produced, directed and performed other backstage duties on several shows and films. As such, I happily accept ASM duties alongside acting roles. Read all about it here.

I have written several stageplays, as well as various works of fiction in other forms. Read samples of my stageplays here, or comedy sketches here.